Help us with our campaign for a new inquiry.

If there is any way in which you can offer your support to my campaign or know of somebody that can, please do not hesitate to contact me using the form provided below.

My 17-year daughter Krista had been under the care of Dr Elliot Shinebourne who worked at the Royal Brompton for most of her life after being born with a congenital heart condition. After heart surgery when she was two years old, which I was told had been successful, I was led by Dr Shinebourne to believe that Krista would go on to lead a normal life with her twin sister Kelly, only needing to come back to the hospital for check-ups every one or two years. In 1995, Krista started to complain of chest pain and shortness of breath which led to an admission to the Brompton for an exploratory catheterisation in January 1996 under the care of Dr Shinebourne. I was subsequently told that nothing had been found and that we would be sent another appointment in due course. Despite a reminder call from Krista in June 1996, an appointment was not scheduled by the Brompton until January 1997. We were not informed of this appointment. 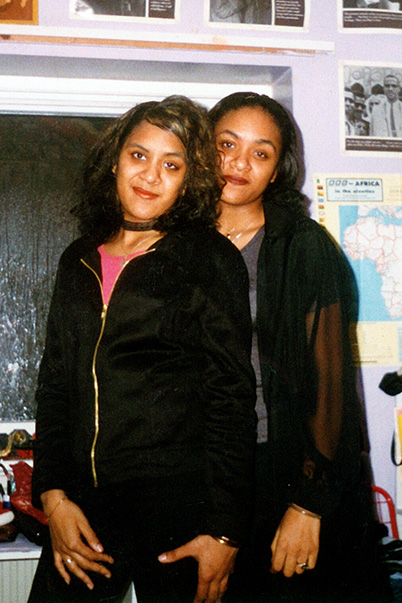 On the On 5 December 1996, I found my daughter dead at home in bed. The post-mortem revealed death from acute heart failure and that Krista had symptomatic ventricular tachycardia amongst other serious cardiac problems. Krista and I had been given none of this information. No one has ever told us why.

Following this situation there has been a consistent failure by the hospital to reveal the full circumstances surrounding Krista’s death. After going through three inquiries set up by the hospital which cleared them of any wrongdoing I have established that evidence from an internationally renowned cardiologist, Professor Jane Somerville, formerly employed by the Brompton, was withheld from all Brompton inquiries into Krista’s death. Professor Somerville maintains that Krista’s death was negligent. In addition, to this I have discovered evidence that many other families have raised similar serious concerns about Dr Shinebourne to my own in the past, that have not been properly investigated. These concerns appear to show a pattern by Dr Shinebourne in not giving families the information they needed and treatment over a long period of time. A number of these families had children with Down’s Syndrome who complained that Dr Shinebourne did not want to give their children operations for their heart condition because they had Down’s Syndrome.

This situation has been covered up by the hospital and I believe this may still leave current families at risk of harm, who may never have been given the full picture about their children’s heart condition.

Despite this context, there has been a failure by all of the regulatory bodies (the GMC, the Ombudsman and more recently in 2015 the Care Quality Commission), to take action about this situation and to provide an independent investigation into my daughter’s death and to look at the allegations coming from other families to establish whether there has been any criminal behaviour or intent.

In 2001 I brought a civil case for negligence against the hospital. They were found negligent for failing to give Krista, her GP and I important information about Krista’s heart condition and failing to monitor her condition. However, I lost the case on causation because they argued successfully that Krista would have died despite their negligence. I have since discovered clear grounds for appeal that show the judge made ‘errors’ in the judgement and that I should have won on causation. However after the hospital levelled a costs order against me I could not afford to go back into court.

In 2008 I was told that Dr Shinebourne had retired from the Brompton. He is not registered to practice clinically by the GMC. However he still sits on ethics committees at the Brompton and has in his own words acted as a medical expert in over 400 cases, even being used by the NHS Litigation Authority (now NHS Resolution), to fight cases on behalf of the NHS.

Please also contact me if you have any information in regards to your own case or mine against Dr Shinebourne and the Royal Brompton and Harefield NHS Trust using the contact form on the left of this site.